Watch this video, then come back here.
The reason why the Hubble constant measurements (measurements of distant redshift) keep turning out different by different methods is that there is no Hubble constant.  It isn't a constant.  The universe is not expanding at a constant rate in every direction at every distance at every time.  And even if it were, it wouldn't look like a constant.
If the big bang is true, then the expansion cannot be constant.  If the universe is a solid sphere and not a beach ball with a thin shell, then the expansion cannot be constant.  If general relativity is true, then the expansion cannot be constant.
Big Bang:  If the universe originated in a big bang, then the expansion cannot be the same everywhere.  The random and contrary expansions would have canceled each other, as almost everything ran into almost everything else.
Spherical universe:  If the universe is a solid sphere, then the expansion cannot be equal, because part the outer edges would have been expanding inwards.  This is exactly the same problem as the big bang.  The only way for uniform expansion to work would result in a hollow universe with a thin shell of galaxies.  And the expansion would only look uniform side to side.  There would be very little (if any) expansion from front to back.
General relativity:  The farther away things are, the faster they appear to be moving away.  This effect is subject to the Lorentz factor comes into play.  This is what we actually see with the redshift data from distant supernovae.  Their redshifted light closely approximates the sine wave of relativity.  And the farther away they are, the more closely they approach the redshift of the CMB - the most ancient and furthest light we can see.  Even if expansion were constant (which nothing indicates), then it wouldn't appear constant.
Summary:  Space is not expanding.  The stuff in space is expanding from a central point, the origin point of the big bang.  There is an outer edge, which is moving away from the center at very nearly the speed of light.  The stuff near the center is barely moving at all.  But no matter where you pick, the universe always looks about the same, due to relativistic effects.
QED
Posted by McChuck at 5:09 PM 4 comments:

I Will Not Obey

The governor of Ohio, where I now reside, has made the arbitrary and capricious order to demand that every resident of the State wear a mask outside.
I will not obey.
I will never obey unlawful orders.
There is no reason to wear a mask.
The epidemic, such as it was, is over.
It was never a threat to public health.
I procured a modest supply of propeller beanies.  Now, when some fascist Karen demands I put on a mask, I will demand that they first put on the beanie.  Because I have exactly the same authority, and it makes exactly as much sense. 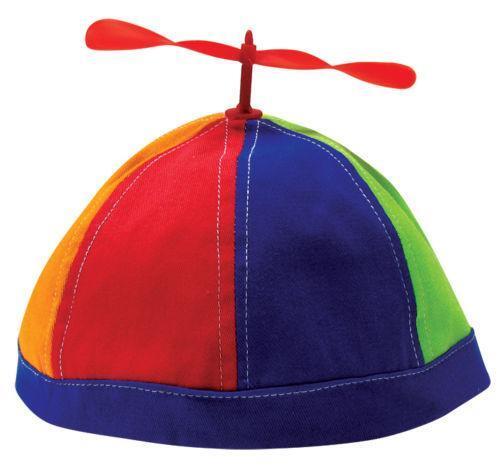 Which way the boys are headed

In opposing the Left, we tried peace, prosperity, and appeasement. They didn't work. We tried logic and polite discourse. They didn't work. We tried the political process. It didn't work. The younger generation is looking for a third way. They see that our way has failed utterly. They see that the Left's way is utter disaster. What is the third way?
They take their cue from their primary enemies on the Left. If the Left is against nationalism, they must become nationalists. If the Left is against racism, they must become racists. If the Left hates Nazis, they must become Nazis.
I can't say that it doesn't work as a motivation. I can't tell them that they're wrong.
Posted by McChuck at 9:31 AM No comments:

It is your right and duty as Americans to form defensive militias.
Get to know your neighbors. Find out who you can trust, who you should defend, and who are your enemies. Remember that at least half of all people will sit on the fence and cheer whomever seems to be winning at the time.Prepare the moral fortitude to do what will eventually become necessary. As Heinlein said, "When the need arises - and it does - you must be able to shoot your own dog. Don't farm it out — that doesn't make it nicer, it makes it worse."
Now go out there and organize.
Posted by McChuck at 5:40 PM No comments:

Nonviolent resistance only works against those with a conscience and moral principles. People whom you can shame. Imagine how China or Russia would have responded to Gandhi’s campaign.

That’s why you can’t argue moral principles with a Leftist. They have no shame.  Their only guiding principle is power.

All their arguments devolve to "Because I said so!"  And it works, for the same reason that King Louis XIV had his cannon inscribed with "Ultima Ratio Regum" - the final argument of kings.  "Shut up!" they explained.

We need to argue back in the same form, but louder.
Posted by McChuck at 8:51 AM No comments:

Time and Past Time

Speak all you want, but remember the Left does not care, except to use your words against you.  The Republicans care for nothing put their personal comfort.  The conservatives have conserved nothing.
When words fail, when voting is useless, when courts are corrupted, only force matters.  Why do you think the Left owns the streets?  Because they fight with words <i>and</i> fists.  The time to ponder and pontificate is past.  It is time to take action, or lose everything.  Gird you loins, polish your steel, count your rounds, and man up.
The authorities will not save you.  In many places, they have actively joined with the forces of darkness.  You must save yourself, your family, your friends, your town, your state, your nation.
It only takes 3 percent.
Posted by McChuck at 7:33 AM No comments:

Vox Day linked to an article on Neon Revolt yesterday.  It was about how the USA is experiencing a Soros funded Color Revolution.
http://voxday.blogspot.com/2020/06/the-assault-on-olympus.html
Neon Revolt's website has been down since shortly after.
Just a cohencidence, I'm sure.
Posted by McChuck at 6:34 AM No comments: