Open letter to the citizens of the Commonwealth of Virginia:

The traitorous Democrats (but I repeat myself) in the governor's office  and legislature have announced their plans to disarm you and arrest your local elected officials.  Whether they carry out those plans to completion over the next few months, or over a period of years, or decades, makes no difference.  They have arrogantly announced both their hostile intent and their contempt for the Constitutions of both the United States of America and the Commonwealth of Virginia.

Do not be fooled by the standard Leftist tactic of "Let's compromise.  We'll let you keep half of your cake.  For now."  Whether you have your throats slit or die by a thousand cuts, the result is the same.  Because the intent behind the actions of your enemies is the same, and unchanging.  Rust never sleeps.

The Democrats want you dead and gone, and your culture not just destroyed but forgotten.  To finish the job, they need to take your guns from you.  They have already stolen your votes by importing millions of foreigners and federal government drones.  They silence your voices from the media.  They hide the crimes commit against you in the news.  Their corrupt judges rule from the bench with an iron fist in a black robe.  They bankrupt you with inflation and debt.

May God have mercy upon their souls, for we must have none.
God help us all.
Posted by McChuck at 7:47 PM 4 comments:

First off, her'e the article about the SIG .277 Fury here.  (And notes about True Velocity's rival cartridge here.)

Background:  The US Army, in its infinite insanity, began a search for a new, longer-ranged, harder hitting rifle, carbine, and LMG cartridge.  They specified a proprietary, currently classified 6.8mm bullet, because reasons.  Competitors had to provide not only a cartridge, but a rifle and LMG to fire it.  The standard?  3,000 fps out of a 16 inch barrel, using a 140 grain 6.8mm bullet.

What does this new cartridge do?  Let's see.  SIG says the cartridges generates "over 80,000 psi" of pressure.  Well, won't that be entertaining to the ear drums.  Especially in urban combat.  (That's probably why the Army announced that the weapons must also be suppressor ready.)  How much energy is this?  Taking the bare minimum of 3,000 fps (from a 16" barrel, mind you), that works out to 2,798 foot pounds of energy.  That roughly 240 foot pounds (9%) more than the 7.62 NATO.  Assuming a 10 pound rifle (loaded with optics), that generates 14.7 pounds of recoil.  As a comparison, the current M16A4 generates about 4.3 pounds of recoil when fired.

Naturally, this new carbine/rifle/LMG will be completely controllable in fully automatic fire mode.  Just like the M14.  Of course you can trust me, I'm from the government, and I'm here to help.
Posted by McChuck at 7:14 AM No comments:

Merry Christmas to everyone!
Especially to both of the people who read my occasional rantings. 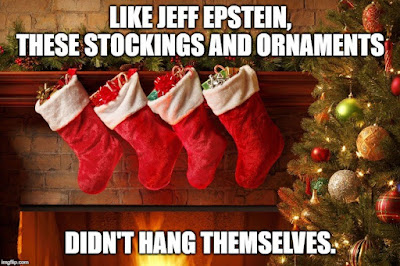 Posted by McChuck at 8:53 AM No comments:

Donald Trump is the last Republican President of the United States of America.  The Democrats and other Leftists will make sure we are never allowed to make that mistake again.

They hate us Americans.  They want us dead and gone.  They want our culture and history to be utterly abolished and forgotten.

The Left keeps talking about the Holocaust and death camps - because it's their plan for us.

This all ends in mountains of skulls and rivers of blood.  If we choose not to fight, they shall be our skulls, our children's blood.

After the horrors are over, if we win, it will be a miracle if there are 120 million patriotic Americans remaining.  That's the population we fought WWII with, by the way.

Demography is destiny.  The future belongs to those who show up. 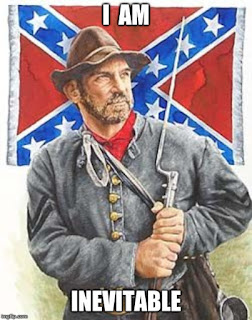