In the comments over at John Wilder's place (you do read him, right?), I came across this comment:


I had to put off reading this until this evening, but when I saw the Friday WWW title I chuckled. “You have one job. Be a good person.”
Sure thing, Mr. Wilder. Now, just what is “good” -? Is there a cup of hemlock with your name on it? 😋
All joking aside, good on you for anyone who comes across this post and asks this question. It’s a great place to start.
To be good, a moral code and the courage to follow it is required. Christianity is the one that built the West,


Christianity won’t work as a moral code. It did NOT build Western civilization, or even the U.S.A. Christians did. As Mr. Lewis pointed out, one cannot use the stairs of heaven as a short cut to the pharmacy.
Don’t believe me? Explain to your wife and offspring that, while you 100% value their irreplaceable contributions to your lifestyle and success, you’re much happier and fulfilled playing WoW and eating Pez, than caring for them." 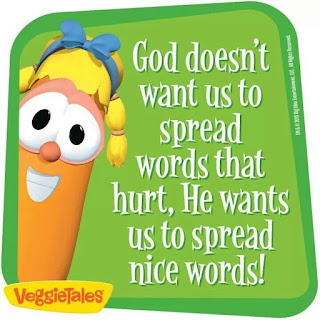 Posted by McChuck at 8:17 AM No comments:

People are burning cell towers because they think the 5G signals (which we don't even have yet) directly transmit the Kung Flu virus.

Posted by McChuck at 5:53 AM No comments:

Mask use by the general public, at this point, is simply virtue signaling. The virus isn’t going away anytime soon. It will just mutate into slightly different forms and keep propagating.
Are you wearing a mask today? Why, when you did not wear a mask for the 2018 flu season, which killed 80,000 Americans?
If you’re not willing to wear a mask forever, why are you wearing it today?
Posted by McChuck at 8:51 AM 2 comments:

Government Always Screws Up Everything

Almost every single thing the government did regarding the Kung Flu was remarkably stupid, not to mention counterproductive.  The one exception was to shut down international travel, which we did, but too late, and only partially.
https://www.spiked-online.com/2020/05/15/we-could-open-up-again-and-forget-the-whole-thing/

Oh, and the flu back in 1997-2000 was worse.  And yet somehow, we completely failed to destroy the economy and shred the constitution.
https://www.cdc.gov/mmwr/preview/mmwrhtml/ss5107a1.htm

We need to rethink military structure

We need a three tiered military. Not in training and readiness, but in equipment, capabilities and focus.
Tier 1: Current generation heavy forces, designed to defeat any other force on the planet in high intensity combat. We won't have infinite numbers of these, but we need enough to be useful and to survive the first wave of attrition. (Examples: F-22, M1 tank, cruisers & carriers, nuclear subs)
Tier 2: Last generation medium/heavy forces, designed to screen the Tier 1 forces or provide extra firepower to Tier 3 forces. (Examples: F-15, M60 tank, destroyers & frigates)
Tier 3: Light/medium, inexpensive forces for pacification operations. You don't need million dollar missiles to kill goatherds armed with rifles, and you don't need aircraft carriers to kill pirates armed with RPGs. (Examples: OV-10, LAV/CV90, corvettes & cutters, diesel subs)
Each tier should be numerically larger than the tier above it.  Tier 2 and 3 forces must be well trained in urban / littoral combat. Do not waste Tier 1 forces on meat grinders!
Posted by McChuck at 7:11 AM No comments:

This is a few days early, but here are my thoughts on the events at Kent State University, Ohio on a Sunday 50 years ago.

The Kent State shootings were entirely justified. I’ve interviewed several people who stood on all sides that day, and that’s the one thing they agree on.
The setting: The Leftists had been rioting for three days (since Thursday). They announced the Saturday afternoon that they were going to go burn down the ROTC building. And then the next day they were going to go burn down the munitions plant east of town. Where quite a few of the ROTC cadets’ parents worked.
“That night (Friday), in downtown Kent, there were reports of violent clashes between students and local police. Police alleged that their cars were hit with bottles, and that students stopped traffic and lit bonfires in the streets.
Reinforcements were called in from neighboring communities, and Kent Mayor Leroy Satrom declared a state of emergency…” https://www.history.com/topics/vietnam-war/kent-state-shooting 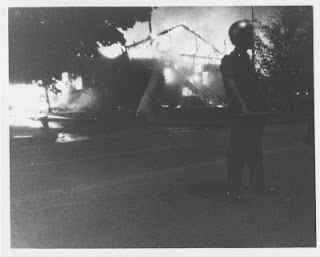 The morning of Sunday (day 4 of rioting), the ROTC cadets (who were most of the local National Guardsmen), formed up and drew arms and ammunition to protect their campus, their parents, their town, and their nation from Leftist traitors who had been rioting, burning and looting for three days. They ultimately failed. https://www.youtube.com/watch?v=UN4i7THVh90
The cadets held a line, until the traitors started pelting them with rocks and bottles. Then the cadet commander stupidly backed them up against a fence, from where they could no longer retreat. The assault with rocks, bottles, and garbage continued. And then someone opened fire with a pistol. Everyone involved agrees that this happened. Please note that the cadets were all, every one of them, armed with rifles, and that there was not a single pistol among them. (Pistol and rifle fire sound distinctly different.)
The cadet guardsmen opened fire to defend themselves, as any sane person would. Most fired into the ground or into the air. Thus, they were accused of “firing indiscriminately”.
https://www.youtube.com/watch?v=Lmd6CHah7Wg

Posted by McChuck at 7:09 AM No comments: